Giving a Gift to a Filipina

Part of the Filipino dating culture is the giving of the gifts of the man to the girl. Sometimes, you even have to give gifts to the parents! In the Filipino culture, there is great value in giving gifts.  Filipinas would surely like to receive special gifts from men because they see it as an act of thoughtfulness and love.

If you are, or would like to be dating a Filipina, here is a guide to giving gifts. 🙂

There are many types of gifts that would impress  Filipinas. In the Philippines, we have a saying about gifts. We always say that “it’s the thought that counts”. We often use this phrase to mean that something might not be expensive, but giving something means the person has thought dearly of you. Because we have this concept, the more thoughtful your gift is, the more it would impress her. What are some gifts you might think about giving her?

• Flowers. Buying a bouquet of flowers in the Philippines can be quite expensive. Girls in general like flowers, but to a Filipina, being given flowers means that you extend effort to buy something special. You can pair flowers with a card or chocolates. Roses are generally liked by most women, but you may also get her sunflowers or carnations. Better yet, find out what her favourite flowers are and give her an arrangement of those.

• Jewelry. While diamonds are a girl’s best friend,  Filipinas like receiving jewelry only if there is a special occasion. For us, giving jewelry means that you would like to be exclusive. Because a jewelry is a valuable piece of item, girls feel extra special if you give this to them. While diamonds are great, you could find out what her birthstone is and give a piece with that gem to her.

• Letters. Before the social networks became famous, people used to pass notes and letters. There’s nothing more romantic than to receive a bunch of love poems or letters from someone. If you want to impress some more, go ahead and turn that poem into a song. It shows great effort, and she would surely like that.

• A big surprise. Most  Filipinas like to be surprised with something big. In Filipino movies you would often see extravagant proposals and even extraordinary sorry messages. Take her somewhere where there are a lot of people. A kid once brought a tarpaulin to school with his I LOVE YOU message and in front of the whole building stood there until his girlfriend got out. The more it attracts attention, the better it would be taken. This is because most Filipinas like it when a guy goes over his pride to tell his feelings.

• Something you made. Just like any girl,  Filipinas like it when a guy gives effort to something. Since we have the notion of thoughtfulness as a gift, girls like it when you provide them with something you made like a cake. It gets extra special if they know you have no idea what you are doing and still went your way to do it.

There are certainly other types of gifts that you could give to impress  Filipinas. Common western gifts like perfume and gadgets work too. However, there are some people who do not like being given too expensive gifts. Since the Philippines is economicallyunstable, showing off by giving expensive gifts might offend a person.

For Filipinos, the more thought you put in the gift, the better it would be. It is not important to spend so much money on buying gifts. It is also not very important to buy gifts often. If you remember special occasions like anniversaries and birthdays, that would be enough to keep her happy.

A word of advice for foreigners giving gifts to  Filipinas: do not give her something bought from the country. Stuff like food or handmade items from tourist places in the Philippines might be good gifts, but they are not great gifts to impress a girl. Try to find something that could be found in your own country. They would see that as more special and more worth the value. 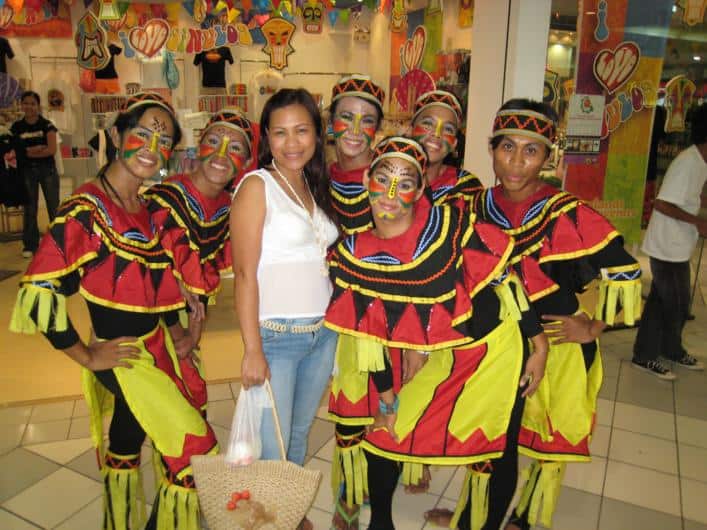 Filipina Dating Scams – Make sure She’s a Girl! If my title got you thinking “of course, she’s a girl-I am interested in dating Pinays, not Pinoys” then believe me my friend, you need to know this. First, I shall insert a little disclaimer here-I have nothing personal against gays or homosexuals or those with…

Filipina Dating: I once dated a Filipina A couple of years back, I visited the Philippines for a vacation. I heard that they have the most beautiful beaches there. Since it is known around the world that Filipinas make great partners in life, I have hoped for Filipino dating as well. Well, so I went…

Filipina Dating Things to do Filipina dating  entails a lot of time spent outside her house. Like many cultures, you would want to spend as much time as you can with your date. It would allow you not only to get to know her more, but spend time with her without the prying eye of her family…

Filipino Dating- PDA Rules Public displays of affection aka PDA is normal and acceptable in most places. The only big difference that one may notice is the levels and degrees of affection that are ‘allowed’ without getting unwanted stares and looks from other people. True, there are some people who really don’t care what the…

Filipina Dating- How to reach her heart   So you are interested in knowing how to win the hearts of those exotic Asian Filipinas? Let me first start by saying-good choice! Filipinas are known to be caring, lovable, gentle and romantic women (not that Western women are not but Filipinas are just more). Perhaps it’s…