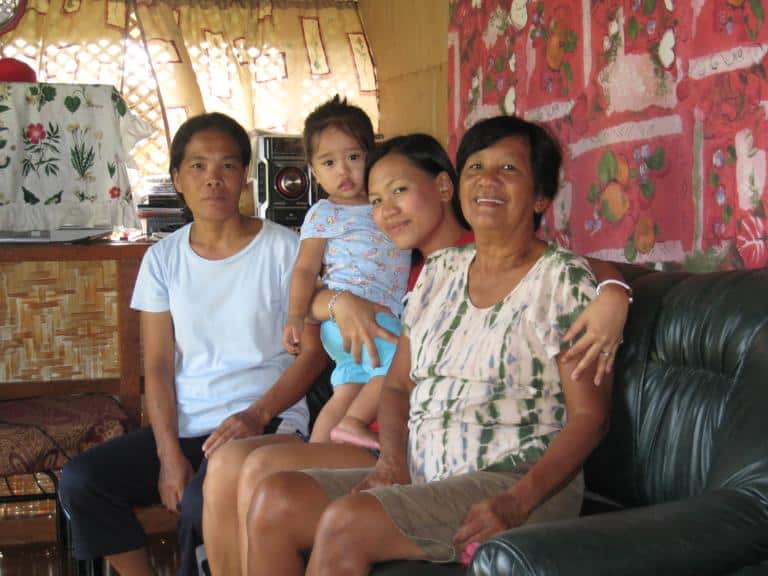 The Philippines has one very unique aspect of culture when it comes to relationships and dating.

Filipino dating culture may be in sync with the rest of humanity in the beginning stages of dating and courtship only perhaps a little more conservative. But there is one thing that sets them apart that’s called ‘PAMALAE’. Anyway, before we get to that, here’s an idea how dating, courtship works up until marriage.

Like any other courtship, everything starts with meeting someone right? In the Philippines, the normal case is a ‘friend of a friend’ or colleagues at work or at school, a neighbour- someone they see on a regular basis. Once some interest is established, the next stop would be the asking of the Phone number. This is obviously done by the man and then we are off to the 2nd stage.

Filipino dating culture strongly revolves around the cell phone-calling and texting the one you are interested in multiple times a day is a must. Early in the courtship, good morning messages and the like are sent throughout the day. In my opinion, this is a way of them to say ‘hey, I’m interested you can’t you see’.

Then finally, is the girlfriend/boyfriend stage. The interesting thing is there are so many ways for the guy and girl to enter into a relationship. Option one being the formal ‘would you be my girlfriend’. Option two is the ‘assumptive’ approach where both somehow ‘know’ they are in a relationship without any words. And then option three is the ‘may as well be in a relationship’ where either girl or boy simply points out that they are as good as ‘girl/boy friends’ so why not?

Now as things get serious, the guy would want to introduce his girl to the parents and likewise with the girl. According to Filipino dating protocol, it is expected that the two hang out at either homes and spend time with the family. This I find to the core of Filipino family values. As early as this, parents and family members on both sides are aware of the relationship and hopefully ‘approve’ of it.

Finally, we get to the interesting part-engagement. I know in most cultures, one of a man’s worse nightmares is the proposal and the fear of rejection. Well, in Filipino dating culture, this should be least of your concerns. This is where we talk about ‘pamalae’.

Basically, this is where the man asks for the woman’s hand in marriage. Asks who? No, not just the father like you would expect but it is very serious and important family affair. How does it work? First of all, the man brings along all his close family members and maybe even friends the venue being the girls’ residence. And present also is the girl’s family and friends.

The whole purpose of the event is to talk about your plans as a couple including wedding venue, and the general future of the relationship. It can be very nerve racking as they both sit there and ‘defend their love’. This is also the chance anyone who has something ‘against’ their decision to get married has to speak up and try to ‘convince’ the couple to postpone the wedding. (Talk about being on the hot seat)

Food and drinks are also part of the solemn event and family and friends spend this last meal with their loved ones who are about to enter a different stage in life.

There are so many wonderful cultures in the world when it comes to dating but personally, this pamalae is one of a kind. There is no dowry involved, no scary ritual- it’s the epitome of what true family relationships ought to be like. It is one of the traditions I so much admire.

Being an archipelago, the Filipino people are divided into many, many ethnic groups. This is one factor that brings Filipino culture much variety. This is one reason why there are so many Filipino traditions and festivities that the whole country honors. When you go to the Philippines and travel from the northernmost part to…

Filipinas, More than Meets the Eye Woman. Filipina. Her functions, value, ideals and expectations change with each and every culture. To the Filipinos, women are seen as an essential part of the community and the country, not just as wives, sisters and daughters, but as fearless and independent creatures of skill, intellect and beauty. The views of…

Love and Dating – The Filipina Way There are many dating sites out there. Most of these dating sites showcase Filipina beauties, but why? Why are there so many men looking to find the Filipinas that they can date and even marry? What are men going loco for in Filipinas and Filipina dating? There are…

Filipino Culture: Bayanihan: The Filipino Value that Must be Retained Bayanihan is a core essence of the Filipino culture. It is helping out one’s neighbor as a community, and doing a task together, thus lessening the workload and making the job easier. It is also called the ‘community spirit’. It is best exhibited when people wish to…

Filipino Dating- PDA Rules Public displays of affection aka PDA is normal and acceptable in most places. The only big difference that one may notice is the levels and degrees of affection that are ‘allowed’ without getting unwanted stares and looks from other people. True, there are some people who really don’t care what the…