Filipino food is basically a potluck of a variety of styles. Our food traditions originally came from the Malay, Chinese and Spanish cooking styles. There might also be a hint of Indian and American influences.

Some foreigners might find some Filipino recipes weird simply because of the methods in cooking, but our methods usually produce very flavorful and savory dishes that you would surely like. Here is a rundown of Filipino cooking methods. If you want to try several Filipino recipes in the future, I’m sure you would encounter many of these methods in

• Adobo/Inadobo.  Adobo is not only the name of the dish, it is a popular way of cooking.  Adobo means cooking in garlic, soy sauce, vinegar and oil. There are many different types of Adobo in the Philippines. We have chicken, pork, liver, and squid. Adobo might also mean simply cooking in oil and garlic, such as the case with Adobong Mani (Peanuts).

• Binalot. Binalot literally translates to wrap. It is a method of cooking where you use a wrap, usually banana/pandan leaves or an aluminium foil to wrap the food and cook it. One of the most common recipes using binalot as a technique is grilled fish. You can use any type of fish and wrap it in leaves. This helps seal in the moisture and flavour.

• Guisa/guisado. Guisa means to sauté. This usually is the beginning of most recipes, even the others listed in here. The common sauté starts with a hot pan/wok, cooking o

il, chopped onions and crushed garlic. Some dishes also use chopped tomatoes in this method.

• Kinilaw. Kinilaw is a method of preparing Filipino food by soaking them in vinegar. It is used for fish, meat and vegetables. It does not require the use of heat. People believe that the acids in the vinegar are enough to cook through the meat.

• Minatamis. Minatamis is used for Filipino desserts, usually involving fruits. In this method of cooking, you take the fruits and cut it in portion and cook it in sugar. This is also a way of preserving the fruits for longer consumption. You may also cook using sugar and coconut milk. One of the most common  Filipino foods using this method uses the local banana and is called Minatamis na Saging.

• Pinaksiw. Paksiw is almost similar to adobo, except that it usually cooks food with just vinegar and a few sauté items like garlic, onions and/or tomatoes. The most common paksiw dish is the Paksiw na Isda, where you use fish (could be any type; usually the small ones).

• Sinigang.  Sinigang is the name of one of the most popular Filipino dishes. It is also a method of cooking where you produce a sour soup base. Nowadays, you can use an instant sinigang mix for that sour broth, but many people still use traditional methods of producing the sour broth. You may use kamias, green mangoes, bayabas, sampalok, calamansi and other sour fruits you can find. You can use any meat base for sinigang. It is usually accompanied with local veggies such as eggplants, watercress, okra, turnips, yardlong beans.

• Tinapa. Tinapa is another way of preserving food for longer use. In this method of cooking, meat is dried and smoked. It is usually used for fish. There are definitely more methods to cook your favourite Filipino foods. Some methods are particularly unique to a certain region in the country, while others are generally followed by everyone. If you want to know how to cook these delicious dishes, these are the methods you should follow. You would surely have a great time producing flavorful meals.

Most of the Filipino food recipes are very easy to make and require ingredients you could access easily.  Good luck in the kitchen!

Filipino Food: Adobo-The all Around Filipino Recipe One thing I have noticed when it comes to Filipino food is that it usually isn’t dry. Filipinos love to have gravy on their rice and many of the Filipino recipes attest to this fact. Among the hundreds of Filipino dishes (ok maybe not hundreds) that I have come across,…

Filipino Food: Merienda Favorites Merienda (snack time) is strictly adhered to in the Philippines. This time falls between 3- 5 in the afternoon and companies, schools, colleges all set aside at least fifteen minutes during this period for merienda. Snack time may be as easy as eating a piece of fruit or a sandwich in… 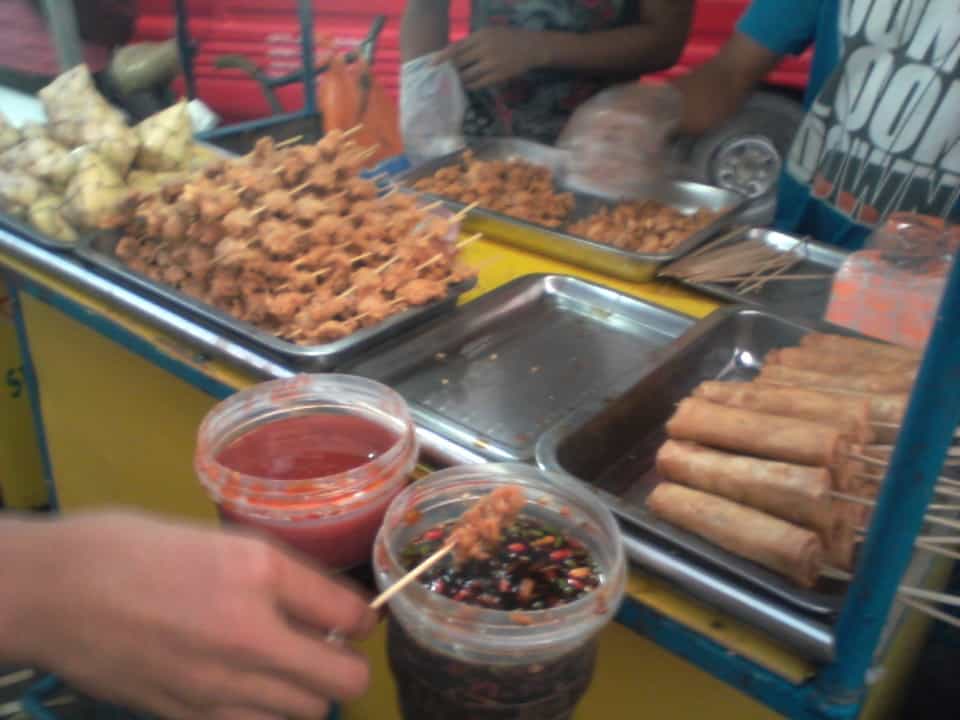 I was once eating at a Filipino restaurant and I saw written on a menu “Bicol Express”. I knew that Bicol is a province in the Philippines. But why is this Filipino food called “Bicol Express”? I was so curious that I asked the chef. Unfortunately, he is so busy cooking that he didn’t…

Filipino Food: Rice, staple food of the Philippines   Filipinos love to eat and they especially love to eat Filipino food. When it comes to answering the question about what Filipinos will not want to eat without, the answer is rice. Rice is the most common staple food in the country, followed distantly by bread.