Enchanted Kingdom, as its name says, is a seemingly magical place where
guests gain so much enjoyment by having experiences that they never had before.

I often hear people who want the enjoyment from thrills planning to go to
Enchanted Kingdom. By my own experience, I could say that it is so popular.

That is a great place for traveling and vacation. To help you with understanding this, I have made reading this article informative and enjoyable.

The park has so many rides and attractions that any person would not be able to experience all of them in a typical day, so planning which rides are to be taken ahead of time will help maximize enjoyment in a single visit.

Filipinos always consider the expenses of going to the park, as the admissiontickets are not just what they need to pay for. It is a need to compute for the total travel expenses. Regardless if they will use their own vehicle or just use public transport, going back and forth will cost them considerable travel expenses, especially if they bring the entire family or group of friends. If they will come from other regions in the country, there will be the need to plan for staying in a hotel to rest for the night after the fun at the park and begin traveling home in the next morning.

A large percentage of people who go to Enchanted Kingdom come from Metro Manila. Traveling by air or sea to the location is impractical as there are no airports or docking stations near the park.

A trip via land vehicle from Manila City will take just about an hour, which is
more likely attainable when the South Luzon Expressway (SLEx) is used for going to Enchanted Kingdom.

After a group arrives at Enchanted Kingdom, they will then encounter the only entrance gate with a ticket booth nearby. The prices of admission tickets for adults during peak times (weekends and holidays) are a little larger than during weekdays, while young people who meet the requirements for child tickets enjoy up to 50% discount than standard rates.

So far, there are about 30 rides and attractions that can be chosen in Enchanted Kingdom. I cannot enumerate them because they are simply too many, and I cannot always go there because of time and traveling reasons.

Most rides operate for 2 minutes per batch. Listed below are the most commonly-chosen rides that you should not miss out in Enchanted Kingdom (but maybe of course the Space Shuttle).

The most thrilling ride in the park is the “Space Shuttle”. It is a roller coaster ride where the passenger seats slowly go up several meters from the ground, then is suddenly released, quickly accelerating downwards before it achieves a horizontal slope and begins circling around wildly. The same happens in the opposite direction before the ride ends. For first-timers, it will cause some muscle tension as the body tries to resist the forces of acceleration.

In “Anchors Away”, it is a ride in the shape of a pirate ship which swings
continuously, and with every swing, you are either at the top side or the bottom side.

The bottom side feels somehow safer because you are facing the skies and not the ground. This is a thrill ride that is more subtle than rides similar to the Roller Coaster.

The “Wheel of Fate” is a giant ferris wheel. When you are at the top (about 40meters above the ground), you can usually clearly see the surroundings several kilometers away (especially at daytime).

The “EKstreme Drop Tower” is a ride that brings the passengers 40 meters
upwards, then released until it reaches about 75 kilometers per hour downwards. Because of the operation of the ride, only 12 passengers are allowed per batch.

The “Jungle Log Jam” is one of the rides in which you should expect to be wet as you exit the ride (well, water splashes there are intentionally produced). While you are seated in one of the logs, the ride brings you upwards, then quickly goes downwards into the water. Then you get wet.

The “Rio Grande Rapids” can be loosely said as the “extreme” version of the
“Jungle Log Jam”. You sit in a circular-shaped ride which spins as it travels round the place. Some are lucky not to get so wet; some are not lucky to get very wet during the ride.

There are a lot of fun ways to enjoy in Enchanted Kingdom that I could not write here. I would like to invite you to consider planning to go to Enchanted Kingdom if you are in the Philippines, as it could give you an experience that not all theme parks can offer.

A little bit about Philippine Travel destinations: Philippines is a land that is home of diverse nature. Being an archipelago, the Philippines is home to many different land and sea animals and tourist destinations. Alternatively, the country has a rich and wonderful culture and heritage as well. This is why Philippine tourism has been a boom…

Philippine Travel: Touring the Philippines: Hiking and Trekking   Philippine tourism is rich. As small as a country the Philippines is, it is home to many different tourist destinations and activities that the people of the world love. This is the main reason why many people make way for a Philippine vacation. When it comes to Philippine… 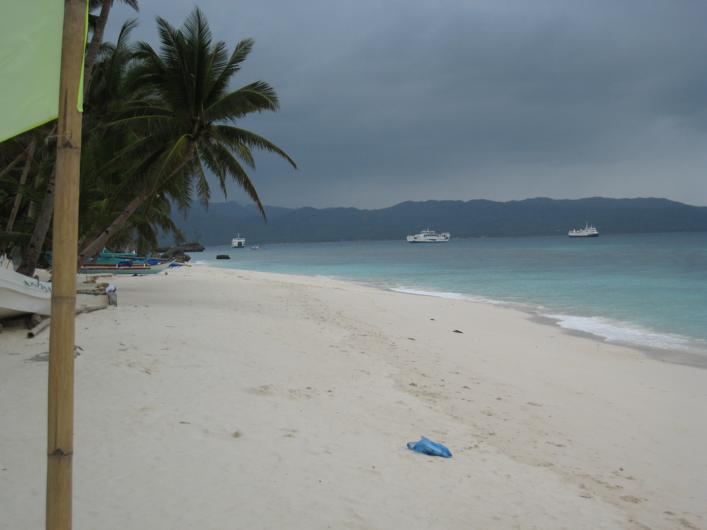 Going on Vacation in the City If you are going for a Philippine travel but not a vacation, it is no excuse to not go sightseeing. Even if you arrive in the city where it is busy and lively, there are still many places to visit as a tourist. For people going to the Philippines for…